The turn of the year also brings a couple of changes to the legislative framework regarding employment of third-country nationals. 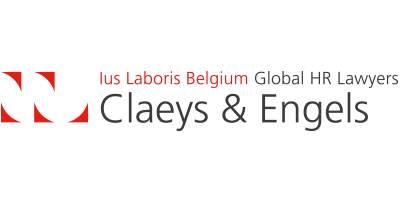 The turn of the year also brings a couple of changes to the legislative framework regarding employment of third-country nationals.  We give you a summary of some noteworthy changes.

Below is a summary of some noteworthy changes:

In 2022, third-country nationals could obtain an authorisation to work as a ‘trainee’ provided that the following conditions were met:

As of 1 January 2023, third-country nationals can obtain an authorisation to work as a ‘trainee’ provided that the following conditions are met:

The most important differences between the old and the new legislative framework can be summarised as follows:

The legislator has reversed this decision and has significantly expanded the category of third-country nationals who, during a legal long-term stay, can qualify for a change of status while remaining in Belgium to include:

In other words, certain third-country nationals who have already been authorised or allowed to reside in Belgium for more than 90 days but want to switch to a different status (i.e. towards an autonomous and/or more reliable residence right), can henceforth apply for a single permit without having to leave the Belgian territory.

A classic case in practice concerns the third-country national who has obtained the right of residence within the framework of family reunification but wishes to switch to a single permit for certain reasons
(e.g. independence of the partner, divorce, the residence right of the partner becomes uncertain, etc.).

On 1 January 2023, Croatia has officially joined the Schengen Area. Henceforth, certain third-country nationals (i.e. with a Schengen visa exemption linked to nationality or residence status in another Schengen country)  will be able to travel to Croatia without obtaining a Schengen visa.

In 2023 antitrust enforcement globally will continue to respond to calls for it to do more to...

It is difficult to attract talent. Candidates are not inclined to change jobs easily. A...

Days before the recent UN Biodiversity Conference (COP15), the European Parliament and the Council...