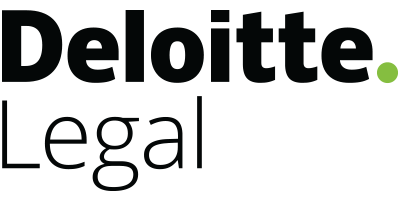 On 3 October 2022, the Belgian Federal Government introduced a draft bill containing various tax and financial provisions with the Chamber of Representatives. It includes a wide range of tax measures, mainly impacting procedural aspects. With this bill, the Government seeks to implement the "Second Action Plan for a coordinated anti-fraud policy" launched by the Minister of Finance (cf. our Newsflash of 29 April 2022 (Dutch)).

On 3 October 2022, the Belgian Federal Government introduced a draft bill containing various tax and financial provisions with the Chamber of Representatives. It includes a wide range of tax measures, mainly impacting procedural aspects. With this bill, the Government seeks to implement the "Second Action Plan for a coordinated anti-fraud policy" launched by the Minister of Finance (cf. our Newsflash of 29 April 2022 (Dutch)).

In a nutshell, the aim is to amend tax periods to (i) better align them with international standards, (ii) simplify the tax procedure and (iii) increase their enforceability.

This newsflash addresses the most notable proposed legislative changes in the framework of income taxes. For more information regarding the proposals to amend VAT procedural rules, we refer to our VAT Controversy update (Dutch | French).

The draft bill allows the tax administration to impose a penalty payment when the taxpayer, or a third party, obstructs a tax investigation (in the broad sense of the term). This would include, for example, non-compliance with the provisions regarding an on-site audit of the books or a request for information, refusal to allow a tax visit to take place, etc.

Moreover, the draft bill enlarges the possibility of imposing penalty payments when the tax investigation is carried out at the request of a foreign tax authority, in order to facilitate the imposition of penalty payments in such cases.

The tax administration must go to court in order to have a penalty payment imposed on the taxpayer. This ensures judicial oversight. The claim must be brought before the tax chambers of the Court of first instance. These cases will be dealt with similarly to preliminary relief proceedings. The ruling on the penalty payment will be considered as a final judgment on the merits of the case, with proceedings taking place very shortly.

The amendment of the investigation, assessment, objection and retention periods is the primary focus of the draft bill's procedural measures.

The most notable changes are those relating to the assessment periods.

As previously reported in the media, the government also intended to create a ten-year assessment period for “complex tax returns”. This intention has apparently evolved. The draft bill now foresees two different periods, i.e. a six-year and a ten-year period. The six-year period will apply when the tax return includes certain international elements (e.g. transfer pricing documentation, payments to tax havens, FFTR, etc.). Such returns are deemed “semi-complex”. In addition, a ten-year period is foreseen for complex tax returns. A return is deemed complex when it involves: i) the use of legal constructions, ii) hybrid mismatches, iii) controlled foreign companies.

It is important to note that once the return contains one of the targeted elements, the tax administration can, as a matter of principle, use the six- or ten-year period to amend any element of the return. The bill aims to reduce the impact by not allowing certain “easily auditable” disallowed expenses to be taxed within these new periods (e.g. non-deductible car expenses, or non-deductible reception expenses). However, there are numerous elements that are equally “easily auditable” but remain liable to taxation in the new periods (e.g. depreciation expenses, general professional expenses, etc.).

In addition, the assessment period for tax fraud is extended from seven to ten years.

Linked to the modification of the assessment periods, the draft bill also foresees modified investigation periods. A parallel investigation period is foreseen for each of the aforementioned assessment periods. Therefore, the tax administration will be able to conduct an investigation for four years when the tax return was filed late or not at all; for six or ten years when the tax return is respectively semi-complex or complex; and for ten years in case of tax fraud. The tax administration can apply these periods without prior notice to the taxpayer.

The so-called fraud notification necessary in order to apply the extended investigation period in case of tax fraud is likely to spark the most controversy. Under the current regime, before the extension of the investigation period, the tax administration must notify the taxpayer “accurately” of “the indications of tax fraud”. The draft bill aims to simplify this. It will be sufficient for the tax administration to “give notice of fraud suspicion and of its intention to apply this extended period”. This is a further erosion of taxpayers' procedural rights, since assessments during the fraud period could no longer be annulled on procedural grounds, as stated in the explanatory memorandum.

We note that the “simplified” prior notification is still obligatory under penalty of nullity.

For the sake of completeness, we also note that the retention period is extended to ten years as well. This is to ensure that the taxpayer still has all relevant documentation when faced with a ten-year period of investigation and assessment.

In order to “compensate” for the investigation and assessment periods’ extension, the draft bill also extends the taxpayer’s objection period from six months to one year. The practical relevance of this extension is most probably limited, since the payment period has not been extended correspondingly. Taxpayers wishing to file an objection notice may therefore be forced by the collector to act sooner in order to suspend the taxes’ collectability.

The table below summarizes the various amendments:

The draft bill does not provide for a specific date of entry into force regarding penalty payment provisions. Therefore, these rules will enter into force on the tenth day after the law’s publication in the Belgian Official Journal.

A specific date of entry into force is, however, foreseen for the amendments to the investigation, assessment, objection and retention periods. These amendments will enter into force as of tax year 2023. The draft bill further clarifies that the provisions regarding the objection period will apply as of 1 January 2023.

This creates an important degree of legal certainty for taxpayers. This can only be welcomed, especially considering the major impact the proposed changes will have on taxpayers.

This draft bill is expected to be adopted fairly soon. The fight against tax fraud is of importance and high on the legislator’s agenda.

The question arises whether the provisions of the draft bill are proportionate to its aim. After all, many of the extended assessment and investigation periods are directly linked to obligations imposed on taxpayers by the legislator. No distinction is made, however, between taxpayers who play fair and declare transparently, and those who do not. This is odd for legislation supposedly aimed at combating tax fraud.

In any case, taxpayers have been warned. In the coming years, tax administrations will be able to carry out more audits and also impose effective sanctions in the form of penalty payments. It will therefore become even more important to thoroughly prepare for a possible tax audit. Needless to say, Deloitte Legal can assist you in this regard, as well as with any further specific questions you may have.

If you have any questions concerning the items in this newsflash, please get in touch with your usual Deloitte Legal - Lawyers contact at our office in Belgium or:

Be sure to visit us at our website: http://www.deloittelegal.be

On September 20, 2022, Thomas De Meese and Marieke Van Nieuwenborgh presented a webinar on the new...

The reintegration procedure 2.0 and new rules for the termination of an employment contract due to medical force majeure

A new Royal Decree of 11 September 2022 has been adopted to amend the part of the Code on...

It’s no secret that legal departments are under ever-increasing pressure to do more with less....