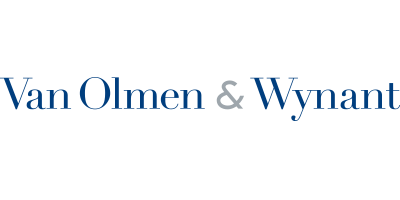 On 10 November 2022, the Act of 3 October 2022 on various labour provisions was published in the Official State Gazette. On our website we will address the most important measures of the Labour Deal. This article concerns the new 7-day notification term for variable work schedules.

On 10 November 2022, the Act of 3 October 2022 on various labour provisions was published in the Official State Gazette. On our website we will address the most important measures of the Labour Deal. This article concerns the new 7-day notification term for variable work schedules.

This measure is laid down in Chapter 2 of the Act. In the case of a part-time employment contract with variable hourly schedules in accordance with Article 11bis, 3rd paragraph of the Employment Contracts Act, the days and hours to be worked cannot be precisely determined in advance, but the employee is given prior notice of his/her performance to be performed. A common example is part-time wait staff in a café or restaurant.

The notification procedure is regulated by Article 6 of the Internal working rules Act of 8 April 1965. Previously, the minimum notice period was five working days, this is now extended to seven working days. This period could previously be reduced to a minimum of one working day by sectoral collective bargaining agreement. The reduction option by collective bargaining agreement will be retained, but the minimum will be increased to three working days. This extension of prior notice should serve to give more foreseeability to the employee so that he/she can better maintain his/her work-life balance, given that the employee will have more time to plan his/her private and professional activities. This extension also cannot be seen in isolation from the transposition of the EU Directive on predictable and transparent working conditions, which had mandated Member States to provide for minimum predictability of work.  Art 26 of the transposing act, moreover, provides the same seven-day period for employees who do not fall under the scope of the Internal Working Rules Act.

The rules on the publication of variable work schedules should be included in the internal working rules. Article 4 of the Labour Deal Act gives companies nine months to amend the internal work rules after the entry into force of Article 2 of the Act. However, there is no specific date for the entry into force of this article. Therefore, this amounts to nine months following 10 days after the publication of the law in the Belgian Official Gazette. The law merely states that internal working rules should be "brought into compliance". It seems that this should be done through the normal procedure for amending internal work rules. Thus, this is not merely a material change for which it would not be necessary to follow the procedure. In any case, the old rules will continue to apply until the new internal work rules come into force. However, if the company exceeds the nine-month deadline, then the new deadline may have to be applied, although this is not explicitly stipulated.

Chapter 2 will apply to both private sector employees and public sector contractual staff. However, it is unclear whether e.g. public companies would be allowed to enter into a collective bargaining agreement through their own consultative bodies that brings the publication deadline to three days (as they are not covered by the Collective bargaining agreement Act). No new criminal sanctions are foreseen to enforce this measure.

In 2023 antitrust enforcement globally will continue to respond to calls for it to do more to...

It is difficult to attract talent. Candidates are not inclined to change jobs easily. A...

Days before the recent UN Biodiversity Conference (COP15), the European Parliament and the Council...